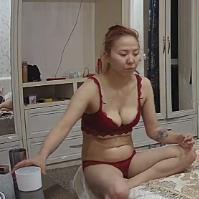 If these two break up it won't be because Henry fucked one too many girls.  Swingers lifestyle has no set rules like people want to make believe . Its whatever the partners agree on. As such it varies from couple to couple . We don't know theirs. And Mira seems fine with this one. Them breaking up cause of sex is just wishful thinking from the Henry haters.

New people badly needed on the site. Quite boring at the moment.