I find Asia hot as hell! ❤️🔥 She is very "normal", but she is so in an extremely cute and sexy way. The only pity thing is thing is that she ended up in an "arangement" like this. Saying nothing wrong 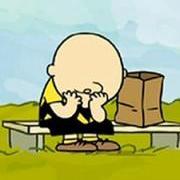 There is only one plausible explanation for the lack of action - he's on his period.

Jesus Christ, man.  I asked a simple question, so there's no need to go on about it!