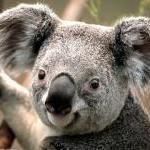 G’day all my friends and my beloved Leora & Malia. Good News I've been moved to the Cardio ward to be monitored better. I’m improving slowly. After watching Leora for seven year's I'm to

The Gateway got infected with COVID19.

Having just caught up with last night action I have to state how good it was from my point of view...I was shocked to an extent that she went as far as she did but delighted that she did. I never