Leora sleeps on the sofa 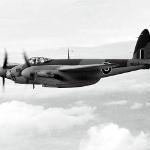