In my Personal Opinion. I think the day is coming where any Free Access to RLC is going to be cut off. Then everyone will have to "Pay to Play".

How is it a ripoff? You want to see, you have to pay. Sounds like a simple concept to me. The rest of the 'free' cams you are now and have been getting for nothing is at their loss.    Ya go 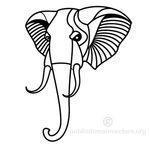 not everybody who doesn't believe and complain that RLC rips us off or scams us is a supporter of, or employee of RLC. I have been accused of that so often on here just because I pay my bills if