Personally I don't care what they do in Canada.  As long as they are Supporting themselves and not Freeloading off the Taxpayer any further they can do what they want. They'll never have any Peac 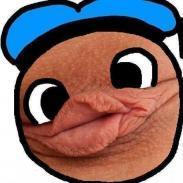 Most of the UK couldn't give a monkey's ass.

Once they get a taste of the bitterly Cold Weather and the Massive Dumps of 8 to 10 Feet of Snow they'll wish their asses were back the UK.